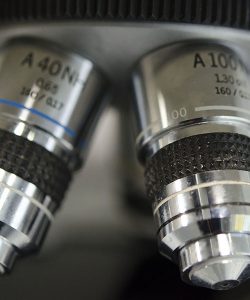 An Accredited National Lab with a research inspection arm, helping others to understand the significance of the analyzed samples and promoting actions suggested by the findings in order to save thousands of lives, reduce the suffering of millions, and enable a sustainable redirection of National health care expense toward preventing death and suffering from other causes.

To provide evidence-based information to help others make informed decisions about their indoor air quality.

Air Allergen has established our own in-house lab to ensure accuracy of results and a timely report of our findings. Our culture has been to seek accuracy and provide interpretive guidance in an industry where the results can vary between labs analyzing spore traps taken at the same time at the same location. Part of this variation is the result of events that occur in the field, such as differences in pumps, quantity of air sampled, type of spore trap, seasonal variations, etc.

Some of the variation between labs is due to the processes of the lab itself. Some labs stain, some do not, some may read the sample at 400 power, some at 600 power, some transverse the trace from side to side, some lengthwise, some analysts are highly trained, some are not as proficient.

The result of these variations makes setting a standard for permissible quantities of various spores difficult because the counts are not exact, but rather approximations influenced by systemic variations and lab processes. The lack of a generally accepted standard has resulted in interpretations of the analysis often being based on the self-interests of the interpreter, rather than being based on the medical or remedial significance.

In the mid 1990’s, with a grant from the EPA, an environmental researcher set out to determine the relationship between spores in homes across the country and the health of the occupants. He used his research to determine whether a home was more or less moldy than average. He then went on to demonstrate that homes more moldy than average were more likely to have a variety of health concerns.

Additional studies have since shown a definitive link between homes that were more moldy than average and emergency room visits, hospitalizations for breathing difficulties, and Asthma. Many other studies have shown a link between mold spores and a variety of other diseases.

For the past five years, Air Allergen has used the notion of more or less moldy than average to provide a framework for interpreting the significance of sample results, suggesting that the more the spore counts are above the median for indoor air samples, the more likely health consequences will occur for the occupants.

Aligned with our commitment for continuous improvement, Air Allergen & Mold Testing has, for the past four years, participated in the development and review of optical recognition software and automated microscopic equipment to facilitate the analysis of commercially available spore traps. The system is referred to as the Sporecyte System.

This system has several advantages over the manual reading of spore trap slides. The first is that it reads 100 percent of the spore trap trace at a high resolution rather than the lesser amount that many labs read. The second advantage is that the system takes a picture of every spore, so the identity and quantity of each can be reviewed. The system also photographs and identifies fibers and particulate, which have also been associated with health concerns, expanding the information provided to the client. The system is designed so that an analyst can review each picture and eliminate or re-classify any spore, fiber, or particle that the analyst believes has been misidentified.

At some future time, the Sporecyte system will be made available to other labs. Corrections by any lab can be considered to improve the outcome for all labs. By using the same data base, results will be similar, allowing comparison between labs and setting the stage to rationalize an otherwise fragmented industry. This can lead to national standards that the medical community, politicians, building industry, tenants, landlords, homeowners, realtors, and other stakeholders can rely on, significantly reducing the cost of our national health care and the suffering of those whose health is adversely affected by poor indoor air quality. Until then, Air Allergen is the only ISO/IEC 17027:2017 Accredited lab in the world able to digitally analyze Spore Traps, Tape, Swab and Bulk Samples using Artificial Intelligence and Optical Recognition Software.

Contact Air Allergen and Mold Testing, Inc.
Call us for a no obligation telephone consultation about your situation at:

or submit a request to be contacted about your indoor air quality issues.